What is Paintless Dent Repair And What Can It Fix?

Have you ever left the store, gone out to your car and noticed a fresh dent or ding? This can be a frustrating experience as you may never know who or what was behind it. Dents and other blemishes leave a nagging imperfection on your car’s appearance, one that you’ll likely notice every time you go for a drive. You may choose to ignore it, but let’s face it – that blemish on your baby is always going to be there until you decide to fix it.

Let’s go through how paintless dent removal works, what you can use it for, and why it’s so effective.

What Is Paintless Dent Repair And How Does It Work?

Paintless dent repair, or PDR, is a method of removing small dents from the body of the car when the surface of the paint is still in place. Unlike traditional bodywork, PDR does not use any body filler or paint. Instead, the process involves using picks and bumping hammers to slowly work out dings and dents without ever touching your paint.

Paintless dent repair often requires technicians to use several different strategies to get the car body back in proper shape. The goal of PDR is to push the indented metal back into shape, all while maintaining the original paint job, often without having to remove any panels at all. 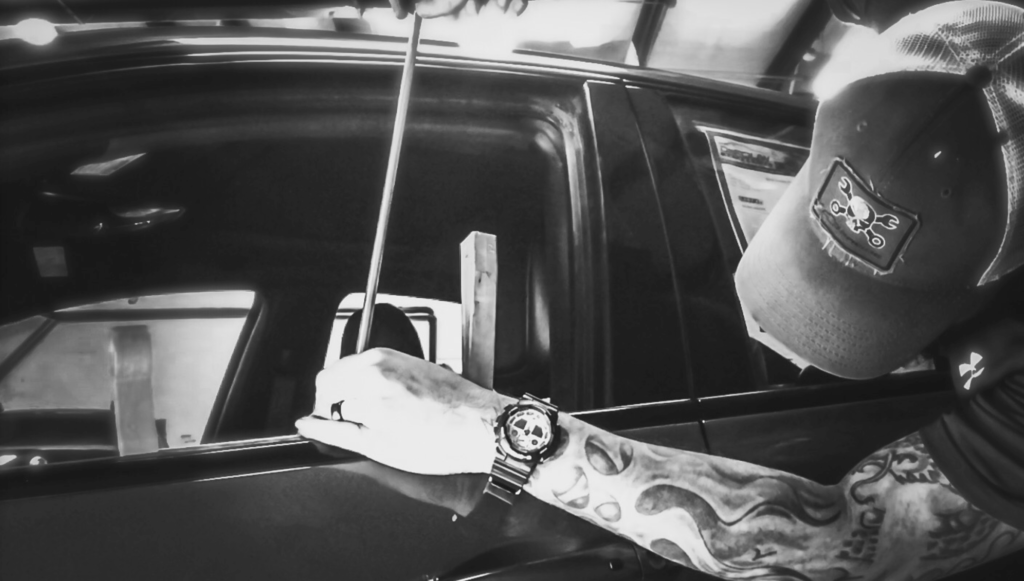 The PDR technician starts by determining the best way to access the damaged area. This could involve going through a window opening, or removing inner panels or trim pieces. The technician then uses specialized tools to start at the dent’s outer edge and slowly work the metal and carefully back to its original position. The dent gradually gets worked smaller and smaller until it is no longer visible at all. Specialized lighting and tools are used to ensure that the finish of your car is dent free and looks good as new.

What Can Paintless Dent Repair Fix?

Paintless dent repair is primarily used for shallow dents caused by low force impacts. PDR can be used for some large dents, provided there is no paint damage.

Here are some of the instances where PDR is effective:

Paintless dent repair isn’t a viable option in all circumstances. For instance, it’s not suitable for any scrapes that compromise the surface of the paint. 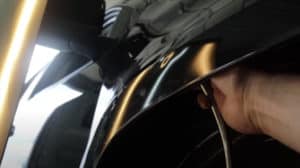 Other examples of situations where PDR is not recommended include:

While it looks easy, paintless dent repair is actually quite difficult and requires considerable skill to perform correctly. It is important to choose a reliable and experienced professional for the job.

When done properly, here are some of the benefits of choosing PDR:

How Much Does Paintless Dent Repair Cost?

The cost of paintless dent removal can vary quite a bit depending on several factors including:

If you are wondering if paintless dent removal is covered by insurance, yes it typically is if you have full coverage. This form of repair should be covered by your comprehensive insurance or by the policy of the at-fault party in a collision.

Where To Go For Paintless Dent Repair

Paintless dent repair is an art. It requires skilled professionals that know how each vehicle dent responds differently to tools and techniques. Attempting PDR on your vehicle without prior training is not going to turn out like a professional PDR job – trust us! If not careful, you can actually make things much worse and end up needing a body and paint repair as a result.

JM Dent Repair is an expert in PDR and has been helping customers restore their cars’ appearance and resale value for 9 years. Our technicians are so skilled you likely won’t be able to find where the original dent was.

If you have a dent or ding that needs fixing, we’re the team to call. Our PDR services are covered by most insurance and our prices are often 80% less than what you’ll find at a body shop. Contact JM Dent Repair today to get a quote on the best paintless dent repair in town!