Traditional vs. Paintless Dent Repair – What You Need To Know

Almost every vehicle will get at least one dent or ding at some point. Fortunately, there are several options available today for repairing minor body damage. You can choose to go with traditional body repair or a process known as paintless dent repair (PDR).

Paintless dent repair is a relatively new process, but it continues to gain popularity as the preferred method of car dent repair. Let’s take a look at the advantages of PDR and how it compares to traditional body repair:

Paintless dent repair (also known as paintless dent removal) is a method for removing small dents from the painted sheet metal panels of a vehicle. It is performed using a specialized set of tools and techniques to re-sculpt the damaged area from behind without affecting the original paint.

PDR can be used to repair a wide range of damage as long as the paint is intact. The procedure is commonly used to fix door dings, hail damage, minor creases, and large dents. Paintless dent repair might not be possible in cases where the metal of your car has been stretched by the damage or if the paint has been damaged. It can be difficult to use PDR if the vehicle’s paint isn’t flexible, however most of today’s auto paint allows for paintless dent repair.

Traditional body repair is much different than PDR. It involves using a sander to grind off the paint, pounding the metal back into place, and filling in the area with putty. The technician will then sand and spray with a primer, base coat, and the final layer of paint.

One of the biggest differences between traditional body repair and PDR is that body repair does all the moving of the metal from the exterior of the vehicle. It requires methods such as welding copper wires onto the panel and pulling or spot welding a slide hammer onto the vehicle and pulling.

These methods need the area to be stripped of paint all the way down to the bare metal to be able to work. All the metal pulling is used to create a mostly flat panel. Once the panel is mostly flat, the technician is able to put body filler on the panel to make the finished product appear completely contoured and repaired. 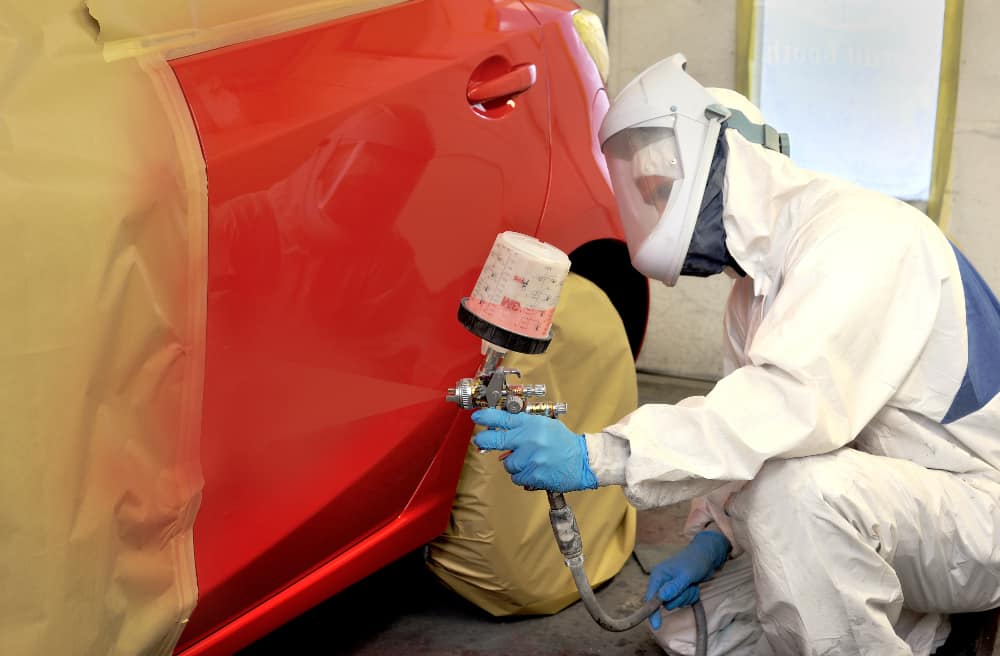 Traditional auto body repair is much more expensive than paintless dent repair. This is because it involves sanding, bonding, and painting the repaired areas. It is better suited for more significant repairs where PDR isn’t an option.

A traditional body repair and repaint costs around $3,000 on average. You can also expect your car to be in the shop for a few days or even weeks. PDR, however, will cost you a few hundred dollars and you’ll often have your car back the same day.

While PDR has its limitations, it is always the preferred choice when it is an option for repairing damage to your vehicle. Besides being much more affordable, here are some of the biggest advantages to using PDR:

Being able to keep the factory paint is one of the most important concerns for many car owners. Original paint added to the vehicle by the manufacturer carries certain qualities that are impossible to replicate. It’s baked at a certain temperature and applied by machines to ensure it’s just perfect.

With PDR, you are able to keep the original paint job intact. With traditional repair, the technician will paint over the corrected area at the end of the repair. This is just one (major) reason why PDR is a more favorable choice for car owners.

Because there are fewer steps in the repair process, PDR can be performed much quicker than traditional repair in most cases. Depending on the shop you go to, your PDR technicians can have your car back to you within a few hours.

3. PDR Can Be Done Multiple Times

While a bonded panel can be impossible to repair without cracking the paint, a car that is repaired using PDR can go through the same technique again and again (if necessary).

With PDR, you don’t have to worry about such things. Because the dents are fixed without any bodywork or repainting, your car can preserve its value after the repair. With the right technician, it’s like the damage never happened.

A dent that has been fixed through PDR will never return. The same can’t be said about traditional repair. Bondo can shrink over time, leaving you with signs of the previous repair. 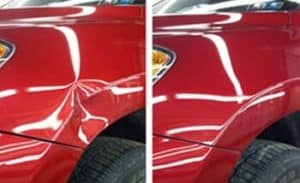 Choosing the right technician will make all the difference in the quality of your repair. Whether it’s door dings, hail damage, or crease dents, JM Dent Repair has the expertise needed to restore your car to its previous condition. Along with great service, we provide quick turnaround times (often within hours), and affordable prices (up to 80% less than a body shop).

Contact us today to learn more about our expert paintless dent repair services or click here for a free quote!